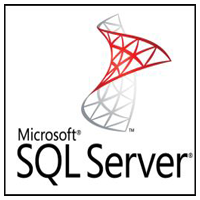 SQL Server is a relational database management system (RDBMS) developed by Microsoft. It is primarily designed and developed to compete with MySQL and Oracle database.SQL Server supports ANSI SQL, which is the standard SQL (Structured Query Language) language. However, SQL Server comes with its own implementation of the SQL language, T-SQL (Transact-SQL).

SQL Server Standard: It is suitable for Mid-Tier Application and Data marts. It includes basic reporting and analytics.

SQL Server WEB: It is designed for a low total-cost-of-ownership option for Web hosters. It provides scalability, affordability, and manageability capabilities for small to large scale Web properties.

SQL Server Developer: It is similar to an enterprise edition for the non-production environment. It is mainly used for build, test, and demo.

SQL Server Express: It is for small scale applications and free to use.

Let’s have a look at the below early morning conversation between Mom and her Son, Tom.

The most certain reply would be – “I am pretty smart in that and…. Son is a CLIENT as he is requesting for a cup of coffee and Mother, who is CAPABLE of preparing coffee, is a SERVER.”

Here, Tom is requesting his mother, a cup of coffee. Finally, mom does some processing with Milk, coffee, sugar and prepare coffee to serve it hot.

A CLIENT is an application that sends requests to the MS SQL SERVER installed on a given machine. The SERVER is capable of processing input data as requested. Finally, respond with PROCESSED OUTPUT DATA as a result.

SQL Server Agent: It performs the role of Task Scheduler. It can be triggered by any event or as per demand. Executable name is sqlagent.exe.

SQL Server Browser: This listens to the incoming request and connects to the desired SQL server instance. Executable name is sqlbrowser.exe.

SQL Server VSS Writer: This allows backup and restoration of data files when the SQL server is not running.Executable name is sqlwriter.exe.

SQL Server Integration Services (SSIS): Provided Extract-Transform and Load capabilities of the different type of data from one source to another. It can be view as converting raw information into useful information. Executable name is MsDtsSrvr.exe

SQL Server allows you to run multiple services at a go, with each service having separate logins, ports, databases, etc. These are divided into two:

There are two ways through which we may access the primary instance. First, we can use the server name. Secondly, we can use its IP address. Named instances are accessed by appending a backslash and instance name.

For example, to connect to an instance named xyx on the local server, you should use 127.0.0.1\xyz. From SQL Server 2005 and above, you are allowed to run up to 50 instances simultaneously on a server.

Note that even though you can have multiple instances on the same server, only one of them must be the default instance while the rest must be named instances. One can run all the instances concurrently, and each instance runs independent of the other instances.

The following are the advantages of SQL Server instances:

1. For installation of different versions on one machine

You can have different versions of SQL Server on a single machine. Each installation works independently from the other installations.

Instances can help us reduce the costs of operating SQL Server, especially in purchasing the SQL Server license. You can get different services from different instances, hence no need for purchasing one license for all services.

3. For maintenance of development, production and test environments separately

This is the main benefit of having many SQL Server instances on a single machine. You can use different instances for development, production and test purposes.

When you have all services running on a single SQL Server instance, there are high chances of having problems with the problems, especially problems that keep on recurring. When such services are run on different instances, you can avoid having such problems.

When different services are running on different SQL Server instances, you can focus on securing the instance running the most sensitive service.

6. For maintaining a standby server

We have two types of servers such as the OLTP server(OnLine Transactional Processing) which allows us to write transactional queries(exemple: SELECT “colonne1, colonne2 …, n” FROM “table” WHERE “condition1, condition2,. ., n)on the one hand and on the other hand we have the OLAP server (OnLine Analytical Processing) which a decisional server or a Datawarehouse. In other words, it’s thanks to the OLAP serevr it can be possible to make business intelligence(create multidimensional cubes,make report…)

MS SQL Server contains several software that run as services or have graphical interfaces or are accessible through a command line. MS SQL Server is composed of 5 main services such as:

[] To this list of main components we can add others such as:

We can find different tools in MS SQL SERVER such as:

SQL Server login database is a simple creadential which is used to access SQL Server.

There are four types of logins provided by SQL Server:

To create, alter, or remove a SQL Server login, you can take one of two approaches: 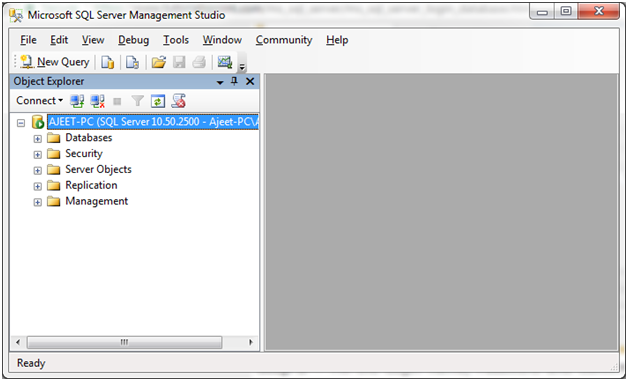 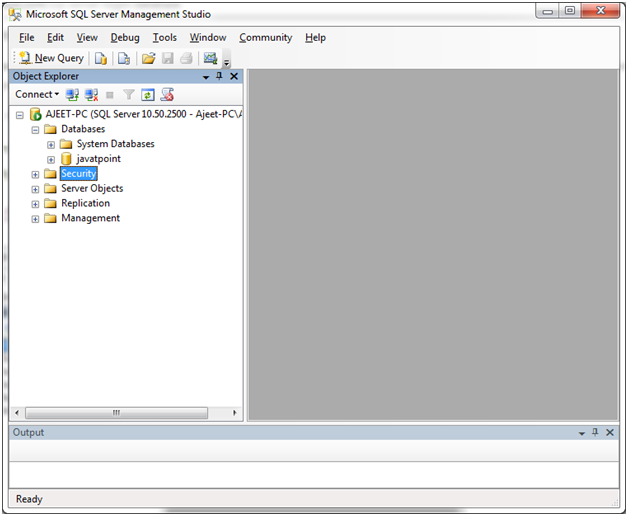 Open Security. You will see “Logins”. Right click on Logins and you will get “New Login”? 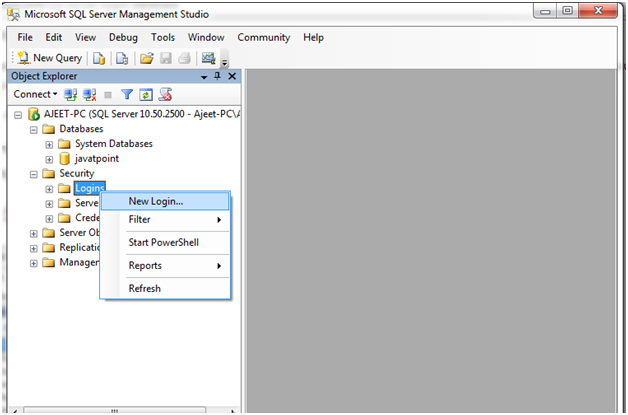 It will open a new page: 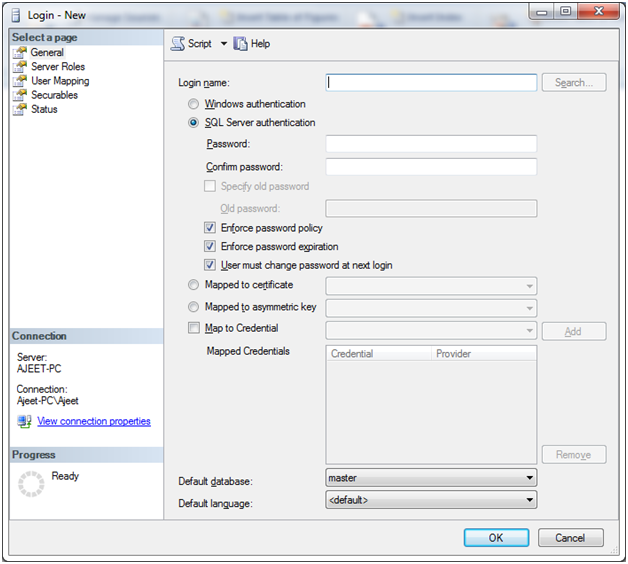 Here you can set a login name and password.

In SQL Server, you have to create a database first before creating a table.

Go to SQL Server Management Studio. You will see a Database. 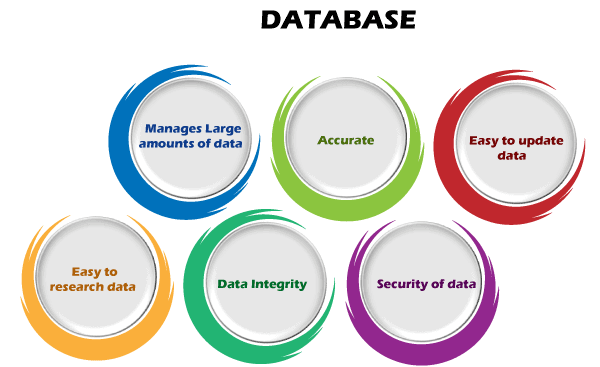 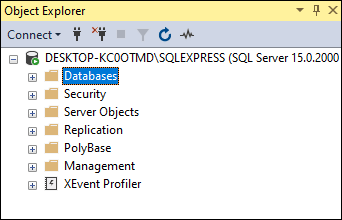 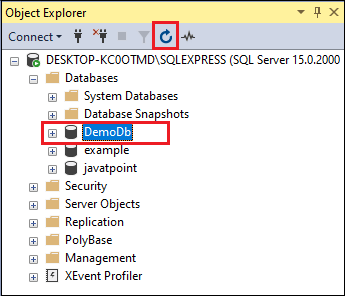 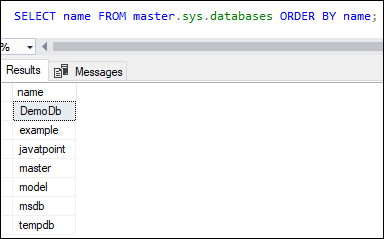 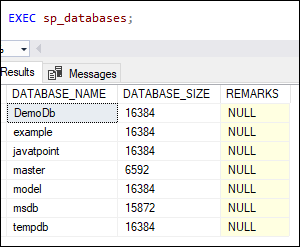 You can see that a database is created as “javatpoint”. 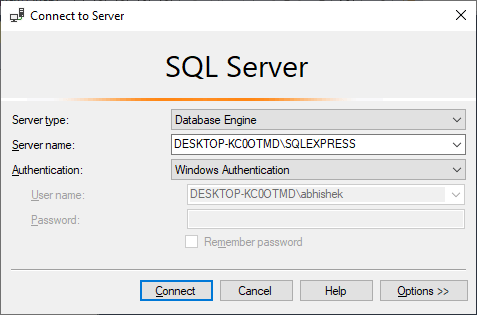 SQL Server select database specifies your database in which you want to create your table and further operations. 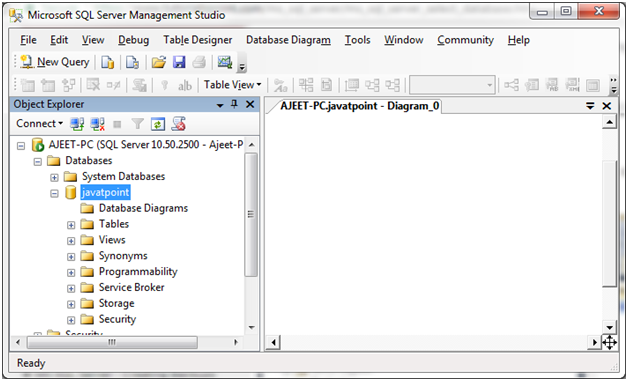 For our SQL Server Installation steps, we will be first downloading the Developer edition 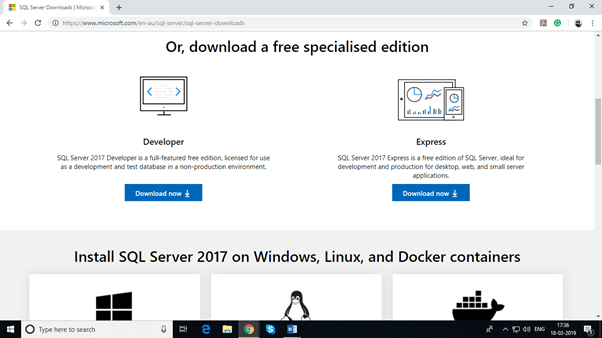 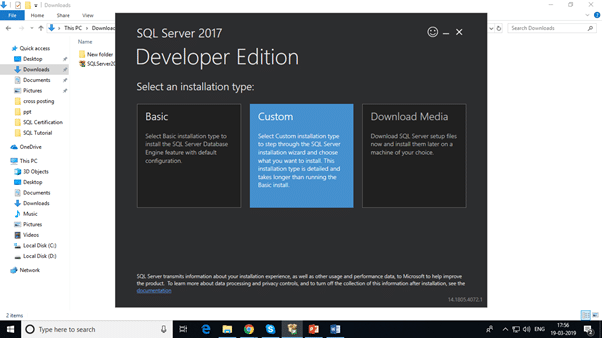 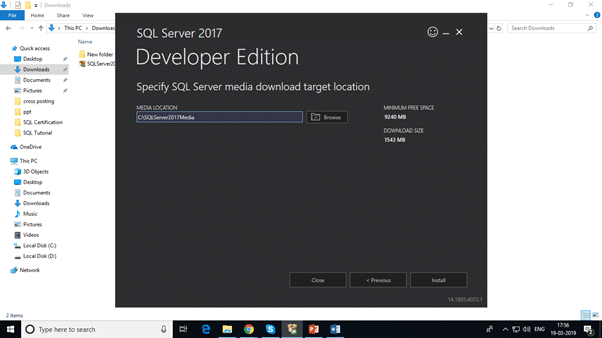 How to Install SQL Server? 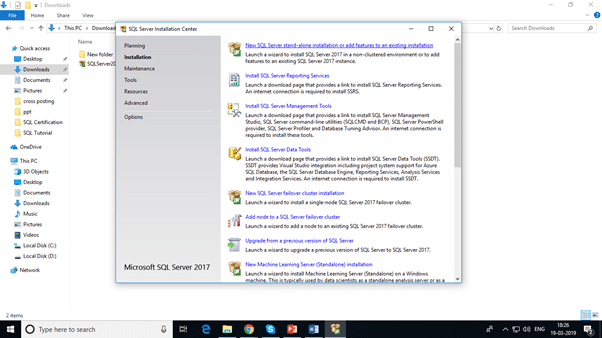 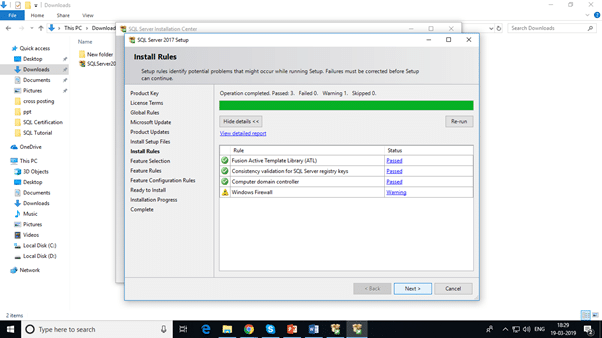 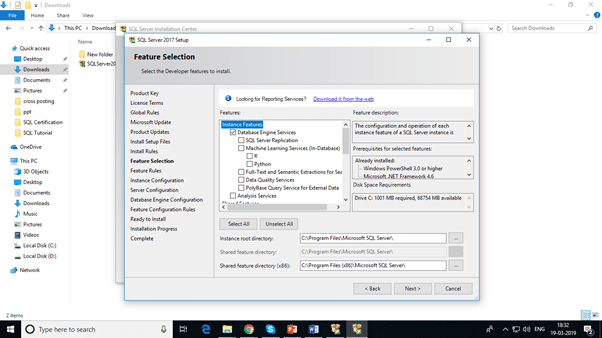 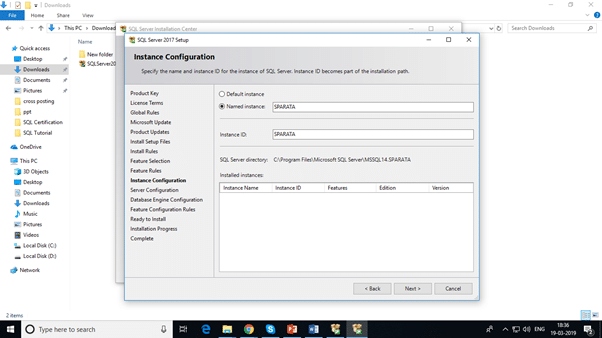 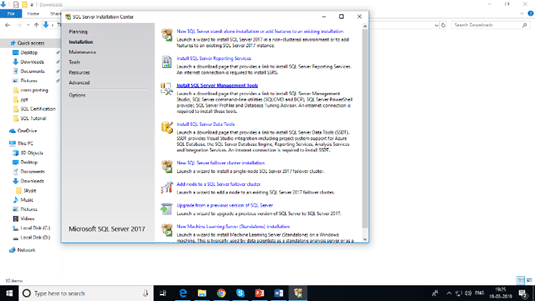 Now, you will also have to install the SQL Server Management Tools; this tool will help you connect with the database. 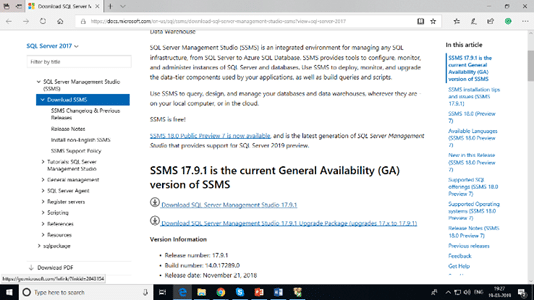 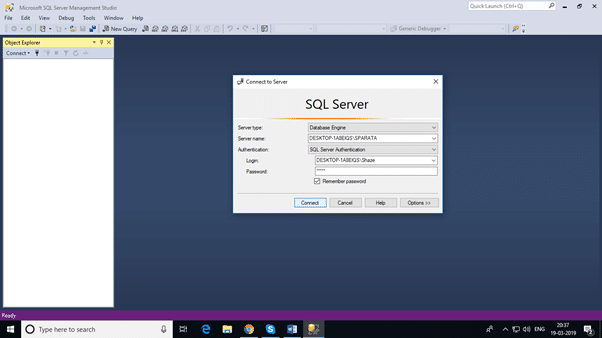 Always On SQL Server Fail-over Cluster Instances and Availability Groups which provides a set of options to improve database availability, Contained Databases which simplify the moving of databases between instances, new and modified Dynamic Management Views and Functions, programmability enhancements including new spatial features,metadata discovery, sequence objects and the THROW statement, performance enhancements such as Column Store Indexes as well as improvements to OnLine and partition level operations and security enhancements including provisioning during setup, new permissions, improved role management, and default schema assignment for groups.

There are the following features  of SQL:

Using the SQL queries, the user can quickly and efficiently retrieve a large amount of records from a database.

Long established are used by the SQL databases that are being used by ISO and ANSI.

SQL can be used in laptop, PCs, server and even some mobile phones.

SQL is a domain language used to communicate with the database. It is also used to receive answers to the complex questions in seconds.

Using the SQL language, the users can make different views of the database structure.

The latest version of SQL Server simplifies big data analytics for users. It combines Apache Spark and HDFS (Hadoop Distributed Filing System) and provides one integrated system. The new SQL server allows you to build “Big Data Clusters” using a blend of SQL Server and Apache Spark containers over Kubernetes utilizing SQL Server’s current PolyBase features. With the help of local Kubernetes, which is supported by public clouds, you’ll be able to deploy Big Data Clusters on AWS, on Azure, on GCP, and also on your own infrastructure.

One of the great things about this feature is that it enables numerous duplicates of a database to be reproduced on different servers. SQL Server 2019 can redirect connections for customer applications from a secondary replica to the primary one. This  means that a customer can be redirected to the primary replica without  using the accessibility group listener, which is a virtual system name used to interface customers to databases in replicas.

This feature provides significant storage savings. The new version supports the widely used UTF-8 encoding as an export or import encoding, or column-level or as a database-level grouping for text data. Thus, Unicode string data will take up much less storage space than the previous UTF-16.

UTF-8 is permitted in VARCHAR and CHAR and  extends capabilities when creating or changing an object’s collation with UTF-8. And you can use the familiar CHAR data type rather than NCHAR, as CHAR requires only 10 bytes, whereas NCHAR requires 20 bytes for the same Unicode string data storage.

The most exciting capabilities are related to indexing. Probably many database administrators face a terrible situation when an indexing operation goes wrong. Finally, SQL Server 2019 has come up with the new features to cope with these situations. When resumable online index is created, we can pause the indexing process and then resume from where we left off. We don’t need to start again from the very beginning.

New SQL Server 2019 supports the recovery of indexing failure. The process may fail due to many factors, such as after running out of disk space or after a database failure. You can resume the indexing process, once you have corrected the error that caused the index operation to crash without having to start over.

New SQL Server 2019 also reduces the amount of log space required when you create a large index, compared to the previous SQL Server 2017. 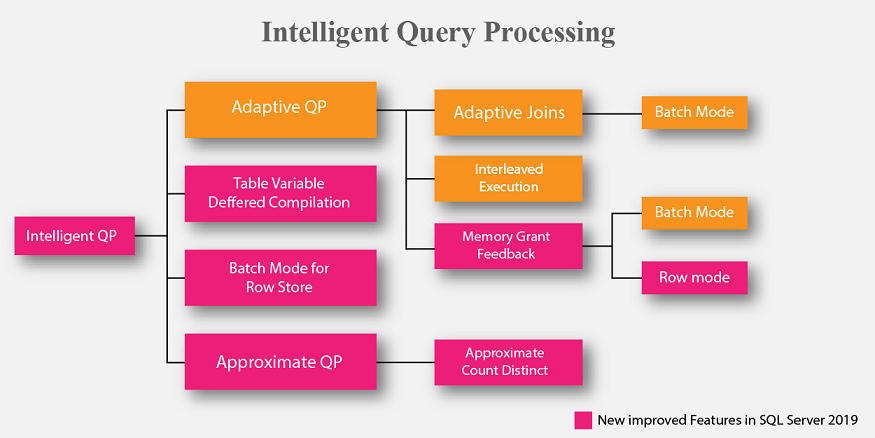 The new Intelligent Query Processing suite is developed to fix some of the common query execution issues by adopting some automatic corrective strategies at runtime. It uses feedback data insights gathered from past executions. Microsoft has also started leveraging some of these features in Azure SQL DB and plans to keep expanding this region for SQL Server 2019. The image above shows the new and improved areas in the Intelligent Query Processing features.

Microsoft has added plenty of new features to its Linux edition. Perhaps the most exciting update is support for data replication which enables you to build distributed SQL databases effectively, especially those related to the Linux version of the Distributed Transaction Coordinator.

In addition, another important part of SQL Server 2019, Microsoft has included integrated tools for building and testing machine-learning models on Linux. Thus, it enables SQL Server on Linux users to run machine learning applications written in Python and R languages.

Silverlight controls are replaced with HTML: Silverlight support for MDS portal is no longer needed. HTML controls will now perform the same function.

The new version has come up with advanced security support. It encrypts the data using secure enclave technology. Certificate management is now integrated into the SQL Server Configuration Manager. A widely used SSL/TLS certificates are integrated to secure access to SQL Server instances. 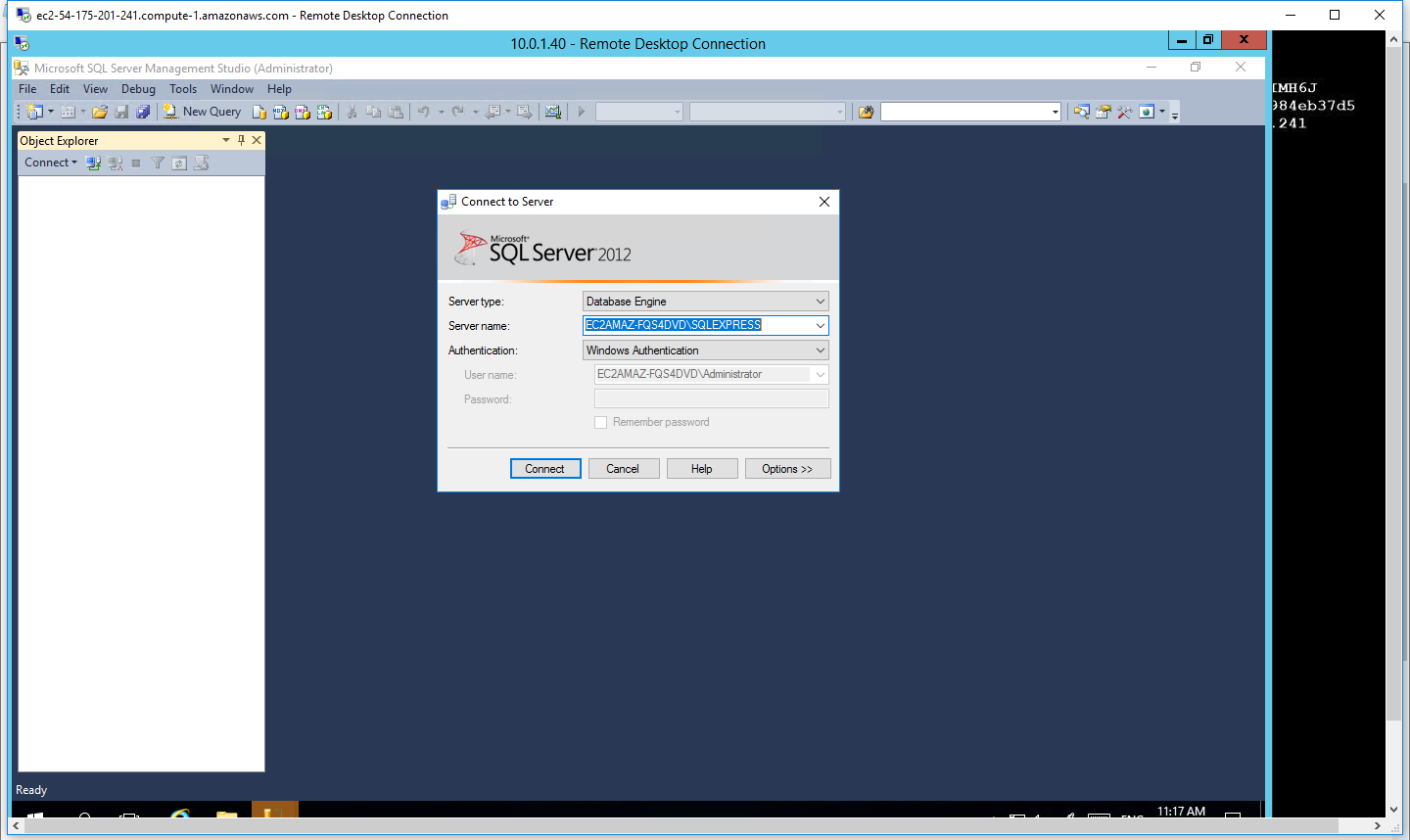 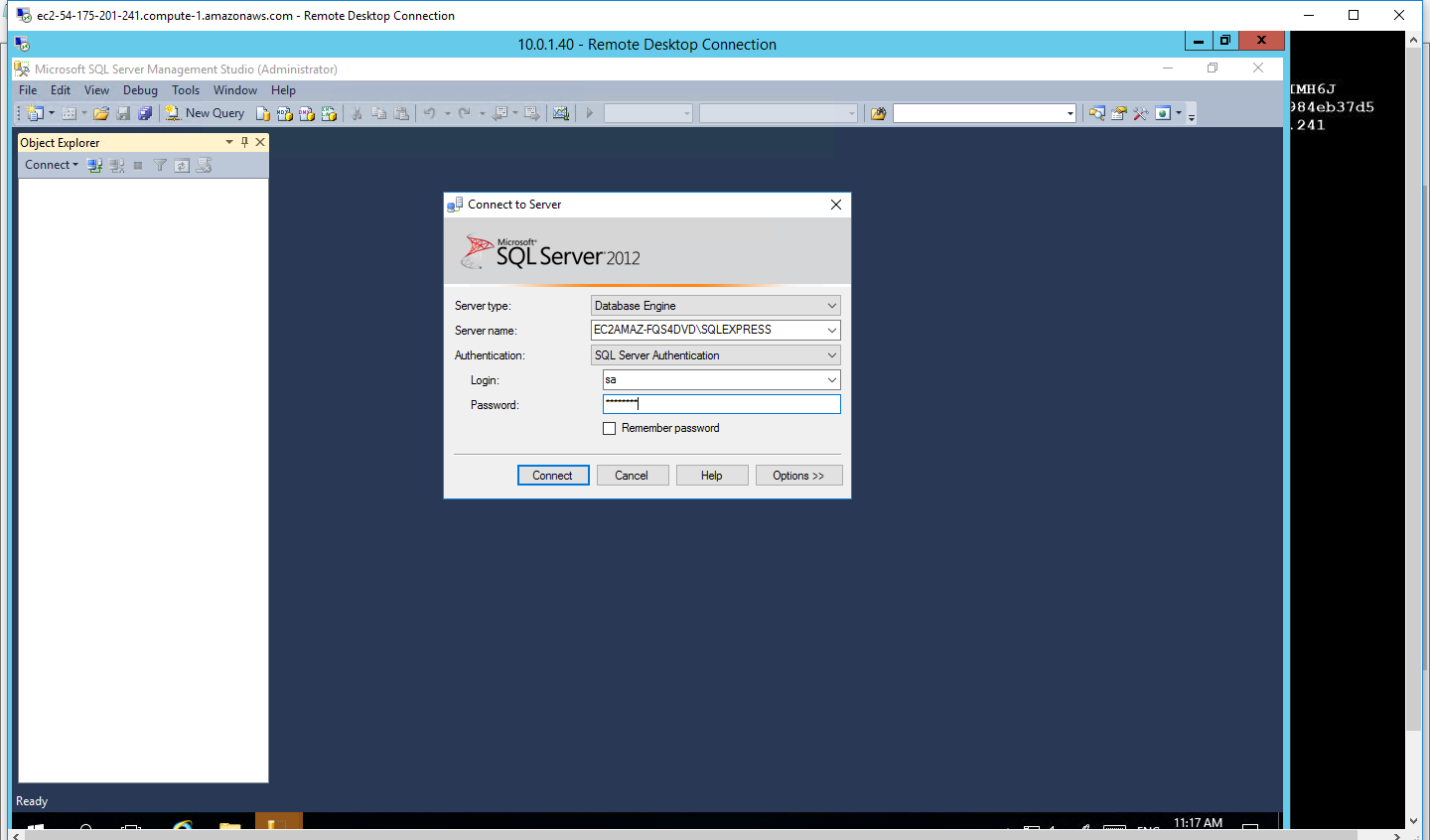 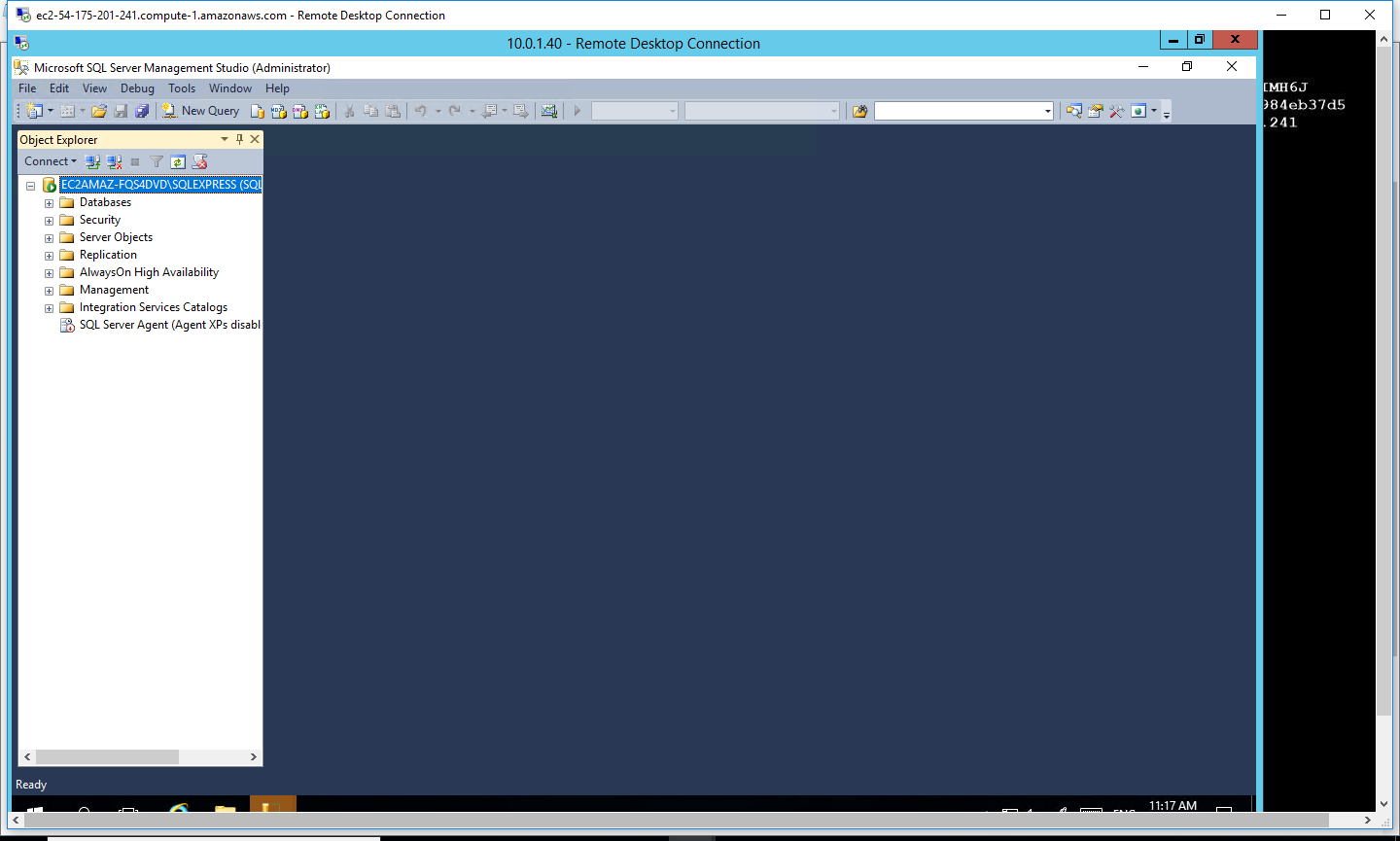 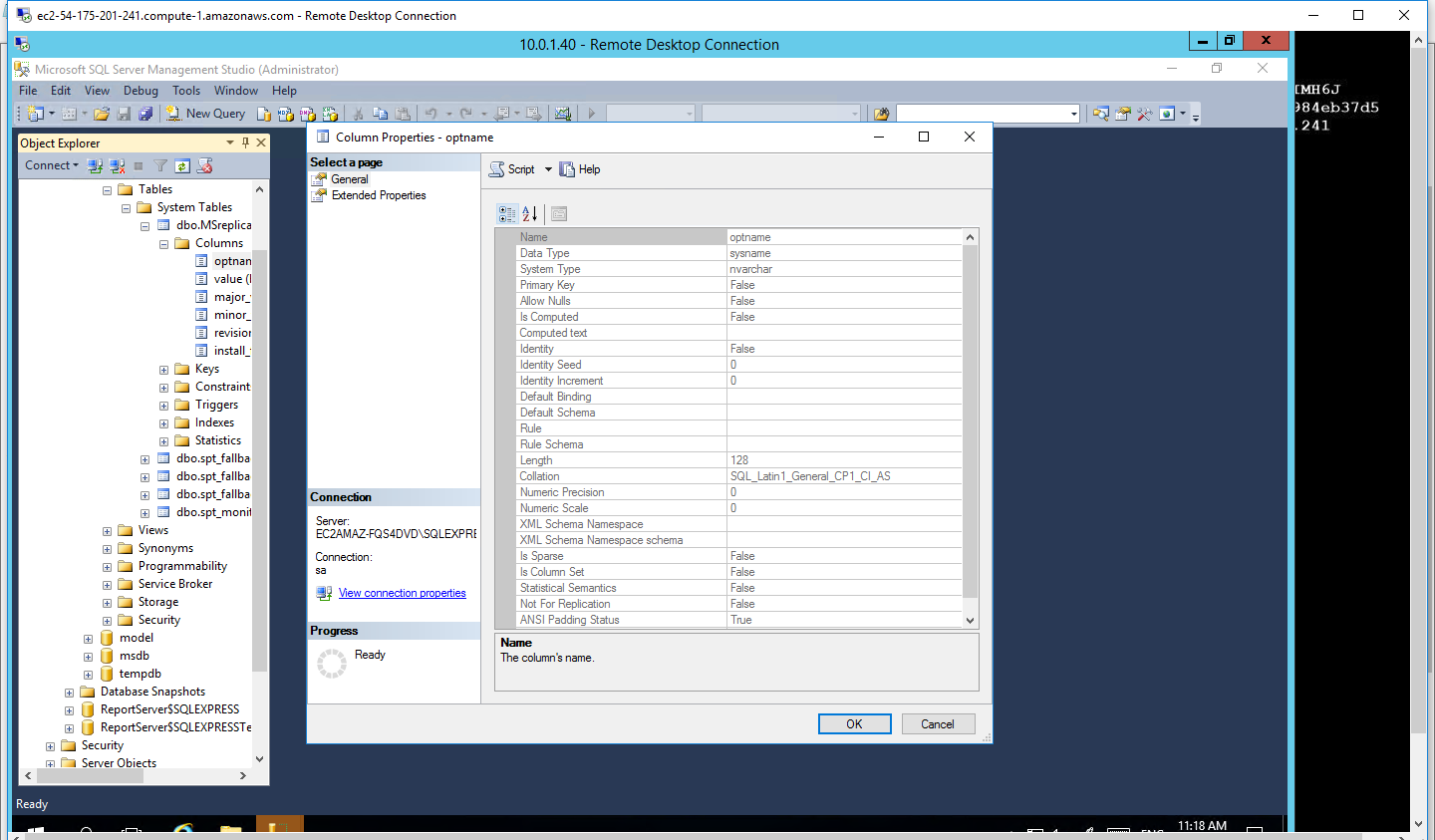