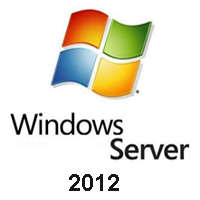 One of the benefits of the newServer Manager interface is the capability to create server groups, which are collections of servers that already exist on your network and can be managed through the new user experience. Creating new server groups lets you manage tasks among each server with common attributes—a server group containing all machines running IIS, for example, a group of all database servers, and so on—and provide specific information on any of them as you wish. This is a big boon for organizations without dedicated monitoring software in place.

Kudos to Microsoft for cleaning up what was a muddy value proposition. The core OS is now the same, and the edition you buy—Standard or Datacenter—depends on whether you want to run up to two virtual machines as guests or if you’d like unlimited guest virtualization. There’s no Enterprise edition gumming up the works. This is a big win for everyone.

The emphasis for Windows Server has changed from a GUI-first philosophy to a GUI-optional mindset. Indeed, when you first install the OS, youre asked to choose between a core and a full installation. Core is the preferred, and encouraged, option. Once you install a core version of Windows Server 2012, you can flip on a GUI simply by installing the GUI role, and you can then opt to take it off without a full reinstall.

This is a great feature when you first deploy a server. You can use the GUI to take care of all of the mundane configuration tasks, but when the machine is ready for production, you can flip the GUI off and deploy. This offers a number of benefits, including reducing the attack surface, resource load and energy requirements.

The Hyper-V Replica feature allows you to replicate a virtual machine from one location to another with Hyper-V and a network connection—and without any shared storage required. This is a big deal in the Microsoft world for disaster recovery, high availability and more. VMware does this, too, but the vendor charges new licensees extra for the capability.

There are hundreds more cmdlets in the latest version of Windows Server. This will make your life easier, since PowerShell is essentially the preferred method of managing all of the workloads you can run on the operating system.

Storage Spaces is an innovative features that basically takes commodity storage hardware—inexpensive drives and their controllers, like a JBOD (informal parlance for Just a Bunch of Disks—and turns it into a pool of storage that is divided into spaces that are in turn used just like regular disks.

7. DirectAccess: A VPN Without the Pain of a VPN

DirectAccess allows VPN-like secure tunneling from any endpoint back to the corporate network without the overhead and performance hit of a true VPN. There is also no management agent on the client. When the technology is configured correctly, it just works—users have seamless connectivity to file shares, on-premises equipment and other resources just as if they were on the corporate campus. In addition, group policy objects get applied and administrators can manage machines wherever they are, not just when they come to headquarters or when they connect up to the VPN. This technology had previously been difficult to set up, but in Windows Server 2012, it very much just works.

Dynamic Access Control (DAC) is a suite of facilities that really enhances the way you can control access to information. It’s no longer about taking files or folders and making decisions about “Yes, these people can” and “No, these people can’t.”

The Resilient File System (ReFS) was designed as an evolution of the New Technology File System (NTFS) with a focus on availability and integrity. ReFS writes to different locations on disk in an atomic fashion, which improves data resiliency in the event of a power failure during a write, and includes the new “integrity streams” feature that uses checksums and real-time allocations to protect the sequencing and access of both system and user data.

In the box with Windows Server 2012, youll find a complete IPAM suite. This is something many medium-sized businesses simply don’t have access to. With the IPAM suite, you can allocate, group, issue, lease and renew IP addresses in an organized fashion, as well as integrate with the in-box DHCP and DNS servers to discover and manage devices already on your network.

Step 1) RDP Connection: To connect to the deployed instance, Please follow Instructions to Connect to Windows instance on Azure Cloud

1.Click the Launch on Compute Engine button to choose the hardware and network settings.

2.You can see at this page, an overview of Cognosys Image as well as some estimated costs of VM.

How to Install Windows Server 2008 R2