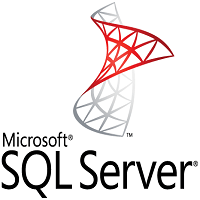 Sql Server is a boundless tool for data analysis, specifically when talking about large amounts of data. There are many versions of Sql Server.SQL Server 2017 has come up with more new features that offer faster processing, more flexibility of use, and greater cost savings as a result. SQL Server 2017 promises all that and much more of what corporate customers need at all levels. Database performance has reached a new peak with adaptive query processing, new flexibility with cross-platform capabilities, new integrations for statistical and data science analysis, and SQL Server versions on Linux®, Ubuntu® operating systems, or Docker®. The new version adds solid technology with cost savings. SQL Server 2017 represents a major step towards making SQL Server a platform that gives you choices of development languages, data types, on-premises or cloud, and operating systems by bringing the power of SQL Server to Linux, Linux-based Docker containers, and Windows.

Express Edition. This edition is free to use but you only have a Maximum database size of 10 GB. I don’t recommend using this edition in production, especially when doing data analysis because your databases might seem not big at start but after a few months (depending of your business) you will need to manage large amounts of data and you will need to migrate your database to a better edition.

Developer Edition. When you are not working on a production environment and you want to have almost everything that enterprise edition has to offer with no cost. This version is very useful. You can use it when you want to prepare for a Sql Certification or you want to develop software using Sql Server without any restriction. It used to cost 50 dollars before but since version 2014 Microsoft decided to make it free.

Standard Edition. This edition is specially design to cover your basic Sql Server functions on a production environment (license is not free), this version lack some BI tools and some analytical advanced functions. An advantage over express edition is that you don’t need to worry about your database size because max database size for this edition is 524 PB (Petabytes). If you only want to analyze data with your team using Sql Server or developing apps using this Database at work without some advance analytical tools, this is your version.

SQL Server Analysis Services 2017 introduces many enhancements for tabular models. These include:

SQL Server developers now have access to the extensive Python ML and AI libraries available in the open-source ecosystem, along with the latest innovations from Microsoft:

Time to crack in

The file size of the SQL Server executable, sqlservr.exe, is ~3 MB in SQL Server 2017, compared to ~64 MB in SQL Server 2008 R2. The SQL Server team realized the importance of decoupling and modularizing the surface area code into much smaller components. The entire architecture is broken down into multiple smaller micro-services so that the deployments and integration are made on each of the respective components, and that the process is seamless.

Starting with SQL Server 2017, Microsoft is no longer using the old model of release under which cumulative updates (CUs) were released every two months and service packs (SPs) containing all the fixes from the preceding CUs were released once a year. This new model allowed shortening the release cycle and features getting added to SQL Database and SQL Server faster than ever before. Most recently, the SQL Server engineering team managed to ship SQL Server 2017 along with the new cross-platform support within 15 months after the release of SQL Server 2016. This is in contrast with the legacy three-to-five-year shipping cycles of the past.

One would feel why SQL Server2016 and 2017 are such big releases in a matter of a difference of just a few months. However, starting with 2017, Microsoft is moving to a rapid-release cadence with enhanced functionality and new features being rolled out annually instead of having to wait two or three years between versions.

, two of the biggest changes with SQL Server 2017 are its support for Linux and Docker containers, both of which could have a big impact on the database trends of the future. The release of SQL Server 2017 for Linux has proven to be a step towards extending the capabilities to a high-performance platform, which has already set some TPC benchmark records.

In this release, we can look forward to running SQL Server instances on Linux computers. Many of our previous articles show you how to get started by creating a RedHat virtual machine in Microsoft Azure, as well as installing SQL Server on a CentOS machine. Here are some of the articles.

The next great feature that’s new in SQL Server 2017 is the addition of support for the Python scripting language, which is in addition to R, support for which was added in 2016, to form a new machine-learning services package. There’s no doubt that AI is now among the hottest buzzwords in IT. It seems like almost every IT product is now suddenly AI-enabled, and SQL Server is no exception in that regard. In April 2017, SQL Server was officially touted as “The first RDBMS with built-in AI!”

A key concept of graph databases are edges and nodes. The relationships allow entities to be linked together directly, and in many cases retrieved with one operation. In some cases, due to stringent data modeling design, the relational data model may not be a good fit as it incurs costly join operations. In the past, the lack of viable alternatives and the lack of support made the graph model a difficult alternative, but that is no more the case.

We’ll also look at the integration of graph database support to help model many-to-many relationships as nodes and edges, rather than with the traditional relational model.  The footprint of the graph database technology in the IT industry is clearly visible today, and for good reasons such as adding efficiency to social recommendations, IT network analysis, fraud detection, product recommendation, and so on.

One of the major capabilities of modern computers is processing the human language. Basically, the strings are transformed into the code which is then processed by a machine. The built-in string functions have always been efficient in handling string literals. It is possible to find and alter string values using various options. However, string functions and string manipulation consume most of the query execution time in decoding the various parts of the character literals. SQL Server 2017 offers various new string manipulation functions, which have been in the talk for many of its features that simplify a developer’s life; no more writing long T-SQL statements with temporary tables and complex logic, only to manipulate and aggregate strings.

Here are some of the new string manipulation functions present in SQL Server 2017:

With the advent of system objects, the metadata of various pieces of SQL Server have been exposed for a better understanding of the entire system. These system objects, for the most part, are a cumulative collection of data, or the aggregation or accumulation of the various counter values or different data-structures of SQL Server. Most importantly, the data is real time, and obviously dynamic in nature. In most of the cases, the DMVs are used, and they define the baseline or pressure points of various metrics that determine the performance of the system. The DMFs provide cumulative statistics of the requested parameters.

The new DMVs introduced in SQL Server 2017 are as follows:

The new DMFs introduced in SQL Server 2017 are as follows

Monitoring the databases for optimal query performance, creating and maintaining required indexes, and dropping rarely-used, unused, or expensive indexes is a common database administration task. SQL Server 2017 can now assist database administrators in performing these routine operations by identifying problematic query execution plans and fixing SQL plan performance problems. Automatic tuning begins with continuously monitoring the database, and learning about the workload that it serves. Automatic database tuning is based on Artificial Intelligence; AI is now providing great flexibility in managing and tuning the performance of database systems.

SQL Server 2017 include the following features:

SQL Server is no longer just a windows-based relational database management system (RDBMS). You can run it on different flavors of the Linux operating systems. You can also develop applications with SQL Server on Linux, Windows, Ubuntu operating systems, or Docker and deploy them on these platforms.

This feature resumes an online index rebuild operation from where it stopped after events such as database failovers, running out of disk space, or pauses.

SQL Server 2016 integrated the R programming language, which can be run within the database server and can be embedded into a Transact-SQL (T-SQL) script, too. In SQL Server 2017, you can execute the Python script within the database server itself. Both R and Python are popular programming languages that provide extensive support for data analytics along with natural language processing capability.

SQL Server 2017 adapts optimization strategies to your application workload’s runtime conditions. It includes adaptive query processing features that you can use to improve query performance in SQL Server and SQL Database.

SQL Server 2017 setup now enables you to specify the initial TempDB file size up to 256 GB (262,144 MB) per file, with a warning if the file size is set greater than 1GB without instant file initialization (IFI) enabled. It is important to understand that, depending on the initial size of TempDB data file specified, not enabling IFI can cause setup time to increase exponentially.

In SQL Server 2017, you can provide the filegroup name on which to create a new table by using the ON keyword with the SELECT INTO statement. The table is created on the default filegroup of the user by default. This functionality was not available in previous versions.

This functionality includes the following features:

The dynamic management views (DMVs) include the following elements:

The in-memory changes in SQL Server 2017 include the following enhancements:

Gain mission-critical uptime, fast failover, easy setup, and load balancing of readable secondaries with enhanced Always On functionality in SQL Server 2017. This is a unified solution for high availability and disaster recovery on Linux and Windows. You can also put an asynchronous replica in an Azure virtual machine for hybrid high availability.

SQL Server 2017 introduces the following changes to the way queries and statistics are collected and displayed:

Note: You can reset ‘sa’ password by using windows authentication to connect to local SQL instance.Please use localhost in the server name when connecting from inside the RDC

Step 1) RDP  Connection: To connect to the deployed instance, Please follow Instructions to Connect to Windows instance on Azure Cloud

Note: You can reset ‘sa’ password by using windows authentication to connect to local SQL instance.Please use localhost in the server name when connecting from inside the RDC

2. VSCode and debug utilities  have been installed

If you have closed the deployment page you can also get the sa password from VM Details “Custom metadata” Section.