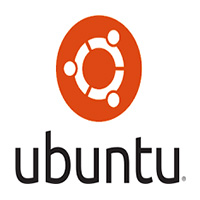 Ubuntu is the most popular operating system running in hosted environments, so–called “clouds”, as it is the most popular server Linux distribution.
Ubuntu is built on Debian’s architecture and infrastructure, to provide Linux server, desktop, phone, tablet and TV operating systems
Ubuntu’s goal is to be secure “out-of-the box”. By default, the user’s programs run with low privileges and cannot corrupt the operating system or other users’ files.
For increased security, the sudo tool is used to assign temporary privileges for performing administrative tasks, which allows the root account to remain locked and helps prevent inexperienced users from inadvertently making catastrophic system changes or opening security holes.

Canonical released the latest Ubuntu LTS version (Ubuntu 16.04 Xenial Xerus) on April 21, 2016, and we’ve been using the OS from the initial days of its availability. Given the fact that LTS releases (that are supported for 5 years – more about them here) are generally more popular compared to other regular Ubuntu releases, we thought it would be useful to come up with an overview of the new OS.

Please note that the article is primarily aimed at end-users, discussing things like what’s new, what’s improved, what’s missing, and major bugs detected (if any) so far. Also, keep in mind that we won’t be discussing the complete change-log here – the focus will only be on major changes that affect desktop users.

So, why Snap? Well, this new packaging system is aimed at making package installation and maintenance easier. For example, unlike the existing system, wherein it’s on you to resolve all version-related conflicts of dependencies for a software being installed, Snaps allow developers to put in everything on which their software depends in the package itself, effectively making them self-contained and independent of the system on which they are being install.

“Snap packages enable developers to bring much newer versions of apps to Ubuntu 16.04 LTS,” the company says. “Users can install a snap without having to worry whether it will have an impact on their other apps or their system.””Similarly, developers have a much better handle on the update cycle as they can decide to bundle specific versions of a library with their app. Transactional updates make deployments of snap packages more robust and reliable.”

An important thing worth mentioning here that GNOME Software allows you to install firmware updates from within the app (provided the firmware is available via the Linux Vendor Firmware Service), something which wasn’t possible with the now-gone Ubuntu Software Center.

The new LTS release has made the OS more flexible – at-least from the point of view of an end-user. For example, now you have an option to move the Unity launcher from left to bottom. It’s still not possible to shift to the right or top of your screen, but – as most of users would agree – it’s nevertheless better than having no option at all.

If you’re among those who prefer having the launcher at bottom but don’t know how to do it, here are a couple of ways.Another flexibility that Ubuntu 16.04 LTS introduces is related to application menus. Users now have the option to choose whether they want menus to be always displayed or displayed on mouse hovering.

Moving on, there’s another good news: the Unity Dash search feature now doesn’t spit online results, as the functionality – which has been the center of controversy in the past – has been disabled by default. This means you’ll no longer see stuff from Amazon or Wikipedia in your searches, something which should ideally speed up your search operations as well.

Of course, you can always enable it if you want – just head to Settings -> Security & Privacy -> Search on your Ubuntu box, and toggle the feature ON.

That being said, both tools are just an install away (using GNOME Software) should you require them. Also, if you’re upgrading to Ubuntu 16.04 LTS from a previous version, these apps won’t be automatically uninstalled.

So, any new apps that have made it to the default bundle? Yes. In fact there are a couple: GNOME Calendar and Cheese webcam.

Ubuntu 16.04 LTS also includes support for ZFS-on-Linux, which is basically an implementation of OpenZFS designed to work in a Linux environment. ZFS, in case you don’t know, is a combined file system and logical volume manager designed by Sun Microsystems, offering a range of features including support for high storage capacities, protection against data corruption, and more. Read more about OpenZFS and ZFS here.

The latest Ubuntu OS also introduces a new and simpler ‘apt’ command line package manager, although support for ‘ap-get’ is still there. As for the difference between the two, here’s what the man page says: “The apt command is meant to be pleasant for end users and does not need to be backward compatible like apt-get.”

Of course, all software apps included by default in the release have been updated to their latest stable versions

As usual, we ensure all system packages are updated before adding any new packages:

If you have kernel updates done, ensure a reboot is done for the system to boot into a new kernel.

The output is similar to below:

If you encounter error “mssql-server : Depends: openssl (<= 1.1.0) but 1.1.0g-2ubuntu4.1 is to be installed“. Downgrade the version of openssl installed on your system and re-install the mssql server.

$ sudo /opt/mssql/bin/mssql-conf setupChoose an edition of SQL Server:  1) Evaluation (free, no production use rights, 180-day limit)  2) Developer (free, no production use rights)  3) Express (free)  4) Web (PAID)  5) Standard (PAID)  6) Enterprise (PAID)  7) Enterprise Core (PAID)  8) I bought a license through a retail sales channel and have a product key to enter. Details about editions can be found athttps://go.microsoft.com/fwlink/?LinkId=852748&clcid=0x409 Use of PAID editions of this software requires separate licensing through aMicrosoft Volume Licensing program.By choosing a PAID edition, you are verifying that you have the appropriatenumber of licenses in place to install and run this software. Enter your edition(1-8): 2The license terms for this product can be found in/usr/share/doc/mssql-server or downloaded from:https://go.microsoft.com/fwlink/?LinkId=855862&clcid=0x409 The privacy statement can be viewed at:https://go.microsoft.com/fwlink/?LinkId=853010&clcid=0x409 Do you accept the license terms? [Yes/No]:Yes Enter the SQL Server system administrator password:  <SetNewPassword>Confirm the SQL Server system administrator password: <ConfirmPassword>Configuring SQL Server… ForceFlush is enabled for this instance. ForceFlush feature is enabled for log durability.Created symlink /etc/systemd/system/multi-user.target.wants/mssql-server.service → /lib/systemd/system/mssql-server.service.Setup has completed successfully. SQL Server is now starting.

The MS SQL service should be started.

Add /opt/mssql-tools/bin/ to your PATH environment variable in a bash shell. To make sqlcmd/bcp accessible from the bash shell for login sessions, modify your PATH in the ~/.bash_profile file with the following command:

To make sqlcmd/bcp accessible from the bash shell for interactive/non-login sessions, modify the PATH in the ~/.bashrc file with the following command:

Ubuntu is owned by Ubuntu(https://www.ubuntu.com/) and they own all related trademarks and IP rights for this software.

In this is article i will demonstrate how to install Desktop version of Ubuntu 16.04 LTS on your Laptop or Desktop.

Once the ISO file is downloaded, burn it into a USB pendrive or DVD and Boot your system with bootable USB Pen drive or DVD, below screen will appear which is shown in step 2 In case your system is connected to the Internet and wants to install third party tools during installation, you can select both the options as shown in below snap otherwise leave the options uncheck. Step:4 Choose ‘something else’ option to create customize partition scheme.

If you are planning to create your own customize partition table then select ‘something else‘ option in the below screen and Click on Continue.

In case you Select the first option ‘erase disk and install ubuntu‘, it will delete all data on disk and will install Ubuntu with the default partition scheme. In the below Screen Select the Disk, click on ‘+’ option to create partition. Specify the mount point as /boot and File system type as ext4 and partition size as 500 MB.

Similarly create /var and /home partitions as per your available disk. Create a Swap partition and size of swap should be double of your RAM, in my case RAM size is 2 GB so swap size should be 4 GB. In the last create ‘/’ partition on remaining size and file system type should be ext4. Once you are done with partition table click on ‘Install Now‘. It will show the below screen, click on Continue to Proceed. Step:5 Specify the Time Zone as per your location. Step:6 Select the Keyboard Layout as per your setup. Step:7 Specify the Hostname, User name and its password.

In this step specify the hostname for your system, user name and its password. We will using this user to login to the system after the installation. Step:8 Installation is in Progress. Step:9 Now login to the system with User that we created during installation. Installation of Ubuntu 16.04 LTS is completed

Step 1) SSH Connection: To connect to the deployed instance, Please follow Instructions to Connect to Ubuntu instance on AWS Cloud

Username: Your chosen username when you created the machine ( For example:  Azureuser)