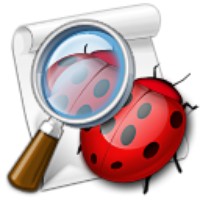 The SOS (Son of Strike) Debugging Extension (SOS. dll) assists in debugging managed programs in Visual Studio and WinDbg by providing information about the internal common language runtime (CLR) environment. This tool requires a project to have unmanaged debugging enabled.

The SOS (Son of Strike) Debugging Extension (SOS.dll) assists in debugging managed programs in Visual Studio and WinDbg by providing information about the internal common language runtime (CLR) environment. This tool requires a project to have unmanaged debugging enabled. SOS.dll is automatically installed with the .NET Framework. To use SOS.dll in Visual Studio, install the Windows Driver Kit (WDK). To debug a process or memory dump, the sos.dll version must match the .NET Framework version. Psscor2 and Psscor4 are a superset of SOS.

Before using SOS, you have to load it into the debugger by using the load command in the Immediate window in VS 2010. Let us see how to use the SOS debugger extension in Visual Studio 2010 (works only in Pro, Premium, and Ultimate edition. Express Edition not supported)

Open a project in Visual Studio 2010 and create a breakpoint. In the Solution Explorer, right click the project > properties and in the Debug tab, make sure the ‘Enable unmanaged code debugging’ is checked.

Run the application. When the breakpoint is hit, use the Immediate Window (Ctrl+Alt+I) to type the following:

If the sos.dll gets loaded successfully, you will see the following message

Let’s say we want to view all the managed threads in the process. Type the following command

There you go. It’s as simple as that to view managed threads. There are many more things you can do with this extension and we will explore them in forthcoming articles.

Note: You must be seeing a ‘PDB symbol for clr.dll not loaded’ message in the screenshot shown above. To resolve this error, go to Tools > Option > Debugging > Symbols and check the ‘Microsoft Symbol Servers’ checkbox in the Symbol file(.pdb) locations area. The error will not appear again. 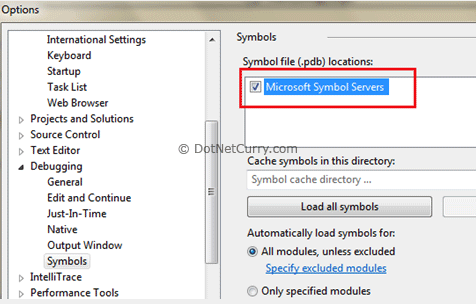 Using SoS to debug 32-bit code in a 64-bit dump with WinDbg:

First open the dump in a windbg instance, shift it to the 32-bit view with !wow64ext.sw, load sos and then attempt to run some sos command. You will get the error message above.

Then start another windbg and attach that to the first instance. First we need to make SoS use the effective architecture instead of the executing architecture. The address we need to patch has changed a bit between versions of sos.dll (probably due to compiler optimizations), so do an assembly listing of sos!ArchQuery with the uf command:

Look for the bolded line. Then calculate the address of that plus 2 and subtract the first address listed, like I have done in the blue comment. Now you have the relative address from the start of sos!ArchQuery to patch (e.g. 0x15 in my case). Now you can in the future refere to that location in your sos.dll version as sos!ArchQuery + <addr>. We have to patch that from 0x90 (IDebugControl::GetExecutingProcessorType) to 0xBC (IDebugControl::GetEffectiveProcessorType):

(replace 0x15 with the relative address you just calculated).

Now this makes some of the sos commands works, e.g. !threads and !dumpstack works now, but others such as !CLRStack does not. This can be fixed by patching the function dbgeng!X86MachineInfo::ConvertCanonContextToTarget. Make a listing of this:

We need to patch this check out (note that your windbg instance might have problems with non-x86 dumps after this). So just replace the conditional jump with two nops:

Again the 0x29 may be different in your version, it is the bolded address minus the start address. Also the value compared to is 0x1004 instead of 0x1001 in debugging tools for windows 10 (probably because it’s an enum where members has been added).

Then just detach your second windbg instance from the first one and close it. After this every sos command I have tried seems to be working fine.

The SOS.dll is a Microsoft NTSD extension for .NET Runtime.

This file is part of Debugging Tools for Windows(R). SOS.dll is developed by Microsoft Corporation. It’s a system and hidden file. SOS.dll is usually located in the %SYSTEM% sub-folder and its usual size is 319,488 bytes.

The SOS.dll process is safe and disabling it can be dangerous, because programs on your computer need it to work correctly.

Psscor2 is the Windows Debugger Extension used to debug .NET Framework applications that use the .NET CLR version 2.0 (.NET Framework versions 2 through 3.5). Psscor2 was developed for internal use at Microsoft as part of their Product Support Services tools. While Microsoft only released Psscor2 in 2010  Microsoft had been publishing commands from the extension several years before, causing difficulty for those who were trying to follow their processes.

Why user required to load SOS dll to windbg for .NET debugging