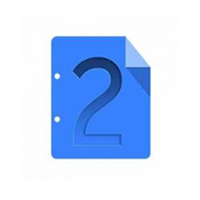 Notepad2 is a fast and light-weight Notepad-like text editor with syntax highlighting. This program can be run out of the box without installation, and does not touch your system’s registry. Notepad2 is a free and open-source text editor for Microsoft Windows, released under a BSD software license. It was written by Florian Balmer using the Scintilla editor component, and it was first publicly released in April 2004. Balmer based Notepad2 on the principles of Notepad: small, fast, and usable.

Most editors are either fully-featured but slow or fast but useless, but Notepad2 breaks that mould. Notepad2 has a small footprint and is very fast, even when used on very old machines; the only other text editor that I have used that starts up as fast as Notepad2 is Windows Notepad. Aside from rivaling Windows Notepad for startup speed and responsiveness, Notepad2 also sports aclean, unobtrusive interface free of the clutter that often overwhelms the users of other text editors. Yet, despite its speed and tidy interface, Notepad2 sports a lot of powerful features, such as syntax highlighting, brace matching, tag completion, encoding conversion, code folding (with my custom build; see below), and a variety of other useful tools. Put together, this mix of features, speed, and usability makes Notepad2 the ideal Notepad replacement.

Notepad2 is a small replacement utility for Windows notepad.exe application.

The program’s main goal is to add some features to the well-known Notepad application with the most notable feature of syntax highlighting. Currently, Notepad2 supports XML, JavaScript, Perl, PHP, Python and several other coding languages, along with CSS.

In addition to being a notepad, Notepad2 also supports search and replacing using regular expressions (regex). It can drag-and-drop bits of text and zoom in and out of text.

As a portable application, Notepad2 does not require installation. Thankfully, you can fully replace Windows’ Notepad.exe with Notepad2 easily.

If you’re a coder who often uses Notepad for editing files and you’re missing things like syntax highlighting and support for search/replace with regular expressions, give this little application a try.

This download is licensed as freeware for the Windows (32-bit and 64-bit) operating system on a laptop or desktop PC from text editors without restrictions. Notepad2 4.2.25 is available to all software users as a free download for Windows 10 PCs but also without a hitch on Windows 7 and Windows 8

Notepad2 is an improved version of Notepad which, instantly upon its release back in 2004, offered a free-to-use and simple text editor for those looking to make straightforward file modifications or develop complete software. Even if Notepad2 seems “small”, it’s still incredibly effective.

A free text editor for Windows

Those who are familiar with the term “open-source” will understand we’re dealing with free software here, with the freedom for you to modify the internal code as all relevant software sources are available via open access. However, Notepad2 is available under the BSD license and is therefore not under the GPL.

Under the GPL (General Public License), you are obliged to disclose the source code that you have chosen to modify. What’s more, it isn’t possible for you to sub-license any creation by adding new terms to the original license.

On the other hand – and this applies to the entire family of BSD licenses – nothing obliges you to explicitly indicate the modifications you have made to the original source code. The BSD license is therefore the most permissive variant out there, allowing Notepad2 to be free and modifiable at will to all experienced users.

Everybody is familiar with the Notepad editor found by accessing the Windows Start menu and opening up the Accessories section.

Simply put, Notepad is the most basic text editor option out there and allows only for very minor and simple manipulations. As such, it’s not really a word processor in the same vein as Microsoft Word or Open Office. Instead, if offers only the most simple of functions, namely to display text and allow for slight modifications (usually by copy and pasting) and not much else besides.

Notepad2 shows its strengths by granting you access to several features that will make use of a classic notepad application far less austere and, above all else, much more useful for when it comes to making changes to files and code.

This is the approach that developer Florian Balmer adopted when designing Notepad2, which should have really been the philosophy followed when developing the basic Notepad found o Windows systems.

If Notepad2 doesn’t in fact replace the original Notepad application as the Windows default, this innovative text editor will at least be able to stand proud against the likes of Notepad++. It is almost impossible not to find a developer who doesn’t utilise Notepad2 in at least some form when it comes to creating edit lines of code in their files.

A development environment is a set of tools and applications that allow programmers (or coders) to work more productively and efficiently. Unsurprisingly, Notepad2 is a go-to choice of tool for developers as it serves as a text editor that’s entwined with other software intended for the purpose of computer programming.

If you find yourself needing to modify a piece of code for the first time ever, doing so with the standard Windows Notepad option is far from a hassle-free experience. If you’re after a far more streamlined and simpler approach, the use of Notepad2 is certainly advisable, if only because of the syntax highlighting it allows for. With this handy feature, you can work twice as fast as you might do with the standard Notepad option, with a more user-friendly design ensuring you can find your way around the software far more easily.

• Syntax colourisation:
This is what the vast majority of people look for in terms of functionality and something that the ageing Notepad offered as a default by Windows fails at. You will be able to find syntax highlighting of the following languages with Notepad2:

CL/LF conversion can prove to be extremely convenient for developers and other computer language coders.
• Other features of Notepad2:

– Auto-completion in HTML language to automatically complete tags
– Opening/closing matches of your tags (bracket matching)
– Line numbering to help you find your way around code more efficiently
– Simplified customisation of software interface colours, especially in regards to syntax highlighting to provide a tool that’s perfectly customisable to your requirements
– Automatic indenting allows you to follow the progress of your source code by easily locating the opening and closing of your tags.
– Display of invisible characters, as well as the option to change the encoding for the correct display of accented characters
– Upper/lower case conversion: a classic word processor feature that is missing in native Windows Notepad.
– Tab/space conversion that proves very useful when working with a spreadsheet program, particularly when processing a large file that cannot be opened by Microsoft Excel or Open calc.
– AINSI/OEM/UNICODE conversion that proves extremely convenient when you know a UNICODE format is poorly supported in 8 bits per byte and where it is better to use UNICODE in bit sequence, such as UTF-32 or UTF-8.
– Tracking regular expressions for mass changes
– Newline format allowing conversions between DOS (CR/LF), Unix (LF) and Macintosh (CR) formats, with Notepad2 recognising line breaks in every case.
– Possibility to be able to go back in case of incorrect manipulation when changing codes and files.
– It’s completely free, giving you no excuse not to at least give this software a try if you haven’t done so already.

Notepad2 is a free, lightweight, user-friendly text editing tool, designed to serve as a slightly more advanced version of Microsoft’s own Notepad application. Among its key features are syntax highlighting for a variety of programming languages, as well as an advanced find and replace function, which supports match the case, match the whole word, and more. Although the software does not have a multi-tab interface, multiple files can still be opened at once, while support for drag-and-drop helps it to stand out from most alternatives.

Balmer has claimed there will probably not be any new features introduced to Notepad2 in order to achieve his goal of it being the “default” alternative to Notepad, remaining lightweight in design, fast and free.

For example, many users have continued to ask that Notepad2 support an MDI (Multiple Document Interface) so that they can have make use of a main software window in the background with all available menus and icons, with other windows also accessible.

Nowadays, a better alternative in this regard would be a TDI (Tabbed Document Interface). This would benefit from the same desired principle, but by utilising a tabbed system, rather than several sub-windows.

Other features, such as code folding, are missing in Notepad2.

Adding this functionality would simply allow you to develop or close sections of your code, which would allow you to gain visibility once again. We can cite the example of the Google Chrome development tool in which the source code tree of a page is not yet fully developed.

Below is another example of a folding code in action with a text editor with syntax highlighting that’s comparable with Notepad2:

However, there’s still plenty of areas of benefit offered by Notepad2’s additional features, such as the use of bookmarks and file association solutions.

Note, that since version 4.2.25-rc6, Notepad2 takes advantage of the x64 architecture of our processors, proof of basic monitoring and excellent reactive support from the voluntary developers of the software

Notepad2 also has several other features:

The Major Features Of  Notepad2:

How to use Notepad2 editor