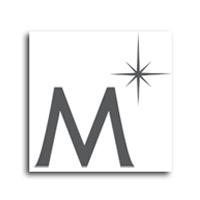 1.The Sales that never sleep:Once you have set up your ecommerce store, it is accessible to people 24×7 without any break, working even on long holidays and the festive seasons. This is a huge advantage as far as ecommerce is concerned, since your business is never at a break and your webstore never sleeps.
2.Lower Costs, Higher Profits:The other big advantage of running an ecommerce store is its low running and maintenance cost. This is comparatively very less as compared to owing a physical space in the form of a brick and mortar store where the maintenance cost is very high.
3.Expand your reach to everywhere:Breaking down of the geographical barriers is one of the main advantages of the ecommerce stores. With an ecommerce store, you don’t have tolimit your business to a particular geographical location, however, you may carter to a specific geographical location. But that doesn’t stop customers from all over the world to access your webstore and be your customers and order goods and services from your stores. How cool is that?
4.Open up to infinite possibilities:Your sales open up to infinite possibilities due to the various traction channels available online. You don’t have to restrict your sales effort offline to banner ads or newspaper ads or the costly television ads. In the online space, you can opt for a wide ranging PPC ads or even opt for content marketing and various other traction channels to make your webstore popular.
5.Easy to maintain inventory:You don’t need to stuff all your products in your brick and mortar store to make it visible to the public. You are able to sell a wide range of stock items dueto the advent of ecommerce store where you can maintain a huge inventory for different number and types of stores quite easily.
6.Make more profit per item:You can make more profit per item sold in an online ecommerce webstore. It is well established that sell online is more cost effective than selling in a brick and mortar store, even though the math for this may be different. However, eliminating the need of a physical space in costly retail and also maintaining decent volumes of traffic in your onlinestore ensures that you make a higher margin even with a low sale price

Adopted by major brands and retailers, Magelia WebStore is a powerful and extensible e-commerce software for .NET and Cloud environments such as Azure. With Magelia WebStore, provide your customers with a beautiful responsive store that automatically adapts to PCs, tablets and smartphones’ screens.

Magelia WebStore is a multi-site, multi-tenant environment that comes with a complete set of e-commerce features. Manage products, catalogs, prices, taxes, discounts, content etc. With Magelia WebStore, develop your e-commerce internationally and create multilingual and multi-currency websites. Magelia WebStore can be extended by adding extensions or developing your own extensions.

Magelia Webstore on cloud for AWS

Magelia Webstore on cloud for Azure

Note:  How to find PublicDNS in AWS

Step 2) Application URL: Access the application via a browser at http://PublicDNS/Magelia

Step1 ) RDP Connection: To connect to the deployed instance, Please follow Instructions to Connect to Windows instance on Azure Cloud

Step 2) Application URL: Access the application via a browser at http://PublicDNS/magelia

1.Click the Launch on Compute Engine button to choose the hardware and network settings.

2.You can see at this page, an overview of Cognosys Image as well as some estimated costs of VM.

If you have closed the deployment page you can also get the sa password from VM Details “Custom metadata” Section.

Step 4) Application URL: Access the application via a browser at http://PublicDNS/Magelia